Winter car care is more about temperature than weather conditions. The cold directly affects many parts of the vehicle, including the battery, motor oil, tires, even windshield wiper blades.

That is why your multi-point inspection needs to be adapted before December rolls around. In that way, your customers will be taken care of throughout the winter months, and your sales promotions will be on target.

The following eight “inspectibles” focus on the winter season.  They were collected from a variety of sources that directly deal with winter driving, from tire dealers to Allstate Insurance Co.

One of the tire dealers, Colony Tire Corp., is based in Edenton, N.C., where the average snowfall is three inches December through February. However, from the beginning of November to the end of March, the average daily low temperature is 45 degrees Fahrenheit or lower, according to U.S. Climate Data. That is the temperature at which an all-season tire compound begins to harden, which decreases tire traction. And that is before snow falls or ice forms on the roads.

In contrast, Canada’s Kal Tire is based in Vernon, B.C., where the snowfall is 10 times greater than it is in Edenton over the same time period.

The other sources are Consumers Union of United States Inc., doing business as Consumer Reports; the Car Care Council, which promotes a winter car care checklist as part of its Be Car Care Aware program; and the North Dakota Department of Transportation. How cold does it get in North Dakota? Climatezone.com says the minimum low temperature is below freezing every day in December, January, and February.

And if you are looking for a tip with which to leave your customers, tell them to keep their fuel tanks full. “Condensation forms in your fuel tank, and in the winter, it can freeze unless you keep your tank at least half full,” says Kal Tire.

Winter Car Care: Think Like a Consumer When the Temperature Drops

Fluid Dynamics: What You Need to Know About Oil Change Service 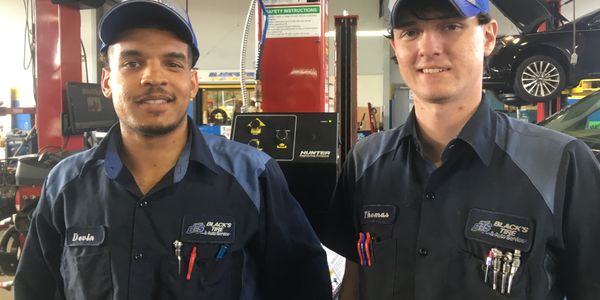