Daily car count nearly doubles in the final three months of the year compared to the first three at Matt Story’s Big O Tires store in Louisville, Colo. His store is in the Denver metropolitan area, a part of the country where motorists fully understand the perils of winter driving.

To boost service sales, Story and his employees focus on helping customers who are installing winter tires also understand the damage freezing temperatures, salted roads and wintery precipitation can do to a vehicle’s systems.

“We have a competitive advantage because we do mechanical service,” he says. “While we do see a strong increase in car count per day during this busy season, we try to capitalize on that by doing all the inspections while we have the vehicles there and offering the services that are recommended. It’s our goal to own the wheel well. We want to get cars in, get the wheels off and perform the inspections so we can offer solutions to the customers.”

The approach of cold weather is a hook on which to hang marketing promotions, and Story takes full advantage. For example, he promotes “healthy car specials” to help raise consumer awareness of winter car care and get vehicle owners into his stores. He also offers free alignment checks for customers who bring their vehicles to his stores for service or to purchase or install winter tires.

“Our goal is to drive as many cars into our stores every day as we can. We do that by offering healthy car specials so people can have their antifreeze topped off and make sure their wipers are in good shape.” His stores provide free washer fluid top off throughout the winter “in order to be that one-stop shop where people can come in and get everything handled at one place.”

Story’s coupon strategy is focused on steering customers to his store just before the rush for winter tires begins.

“We run incentivized early winter tire changeovers in the first half of October,” he says. “We want to try to incentivize people to come in a little early and get winter tires on when they don’t have such a long wait. That benefits us as well because it makes staffing a little bit easier. If we can expand that busy time by making it 20% less busy and a little bit longer, that’s a lot more effective for us. It makes our inspections better; and it makes our level of service a lot better.”

The emphasis on vehicle inspections for customers whose immediate need is winter tires helps keep the sales momentum rolling into the first three months of the year.

Even in mild climates, the change of seasons can be a boost to sales of winter tires and vehicle service. Story notes that advances in winter tire technology have redefined the winter tire buyer. “We used to call them snow tires because they were high void tires and worked well in snow specifically. But now a winter tire makes a gigantic difference any time you are driving in a climate that’s 45 degrees or less in temperature. You don’t have to live in the snowiest state in the country to have a need for a winter tire.”

If you want more service sales, always do this

Big O Tires franchisee Matt Story has found documenting a vehicle’s mileage to be an effective tactic for boosting service sales. “As we all know, the industry has shifted from a repair-based business to a maintenance-based business,” says Story.

The change of seasons is just a marker in the consumer’s mind, says Story. “Winter’s here, it’s time to get my car ready for winter. That might mean an antifreeze fluid exchange or new wiper blades. It’s an opportunity.”

To reach potential customers, Story uses radio and television for local advertising. His digital marketing strategy relies on search engine marketing (SEM). The Big O Tires organization offers SEM and other digital marketing support to its franchisees, and Story has dedicated a portion of his budget to SEM to increase search traffic to his website.

Story joined TBC Corp.’s Big O Tires subsidiary as a tire installer at a store in Denver in 1997. He eventually took a position at Big O Tires corporate office, which was located in Denver at the time. In 2003 he partnered with Mike Lyons, a member of the Big O Tires Hall of Fame, to open his first store in Louisville. He eventually bought out Lyons’ share.

Today he owns the Louisville store and is a partner with Drew Prange in two other stores. Prange also owns a store. All four Big O Tires outlets are located in the Denver area. “We have our own stores and we have our partner businesses, and it works really well for us,” says Story. “We try to manage them as a four-store unit even though there are some ownership differences between them.”    ■

Winter Tires: What to Stock and How to Sell

Winter Car Care: Think Like a Consumer When the Temperature Drops 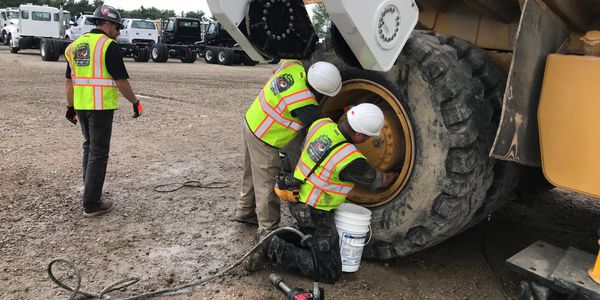