For the uninitiated, “American Pickers” is about two guys, Mike Wolfe and Frank Fritz, who travel the back roads of America looking for barns, outbuildings, garages, junkyards and basements that might be brimming with hidden treasures.

The men search buildings and often pick through piles of what most people would call rusty junk, looking for items they can buy at a decent price and flip for a profit at their shop called American Archaeology in LeClaire, Iowa.

The show is fun and educational, especially if you love antiques like I do. Some of the guys’ “picks” have included old cars, furniture, slot machines, circus posters and much more odd and wonderful stuff.

However, Wolfe’s passion is for old motorcycles. And it’s through that interest that he met Corky.

“I’ve known Mike and Frank for about 15 years,” Corky told me. “I run into them at vintage and antique motorcycle swap meets in places like Oley, Pa., Davenport, Iowa, and Wauseon, Ohio.

Wolfe had long felt that his picking and selling business would be a good basis for a television show, Corky said. “Mike worked hard pitching the idea for the show for four to five years. Finally the History Channel agreed to take it on, and it’s just taken off! America has fallen in love with Mike and Frank. I’m really proud of them because they’re very genuine -- and the TV show’s viewers sense that.”

The way Corky got on the show was Wolfe called him last August when he was picking somewhere in east Tennessee and asked to meet Corky for breakfast. Following that, Wolfe, of course, went over to Corky’s shop to look over new additions to his collection of motorcycles and cars.

“It’s a fun relationship,” said Corky. “Mike and Frank like the same things I like. My building’s full of stuff they pick.”

After the tour of his collection, Corky said, “Kind of as an afterthought, Mike asks me, ‘Hey, are you interested in these two old signs I just found?’ We looked at them in his van, and I said, ‘Sure,’ and we made a deal. And the way it actually worked is the production company came in later and we reenacted the sale.”

There’s about a one-hour video on Wolfe’s visit to Coker Tire on the company’s Web site at www.cokertire.com, which Corky had to promise not to run until after the show had aired because “American Pickers’” producers didn’t want to give away the ending of the story before the segment was shown on TV.  (You can now see the video on the site; look for “Mike Wolfe visits Coker Tire Co.”)

“The hook for 'American Pickers,' if you’re into antiques at all, is that you think, ‘Oh man, I’ve seen something like that. Look how much money I could have made with that!’ Or, “I like that kind of stuff, I wish they’d sell it to me,’” Corky said.

It’s not all fun and games for the stars of “American Pickers,” Corky pointed out. “They work hard, and they have to get dirty. And I can tell you they’ve had to deal with snakes and spiders and all that sort of stuff.”

New episodes of “American Pickers” run on the History Channel at 9 p.m. on Monday nights. Check your TV guides, though, because the shows are re-run frequently during the week.

You still have a good chance at catching Corky’s episode!

How to Harness the Mergers and Acquisitions Bull Market

When ‘had to change the right rear’ meant something totally different 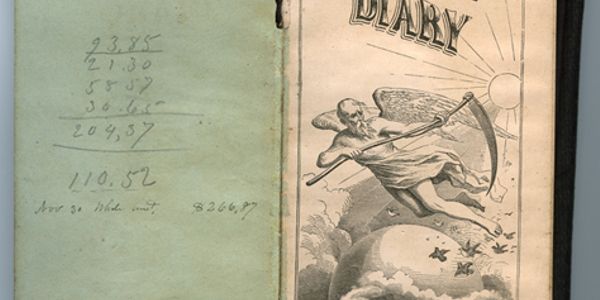 Recently at an estate sale I purchased a couple of diaries that record daily life in the 1870s. One of the writers relayed how he “had to change the right rear” following a visit to a neighboring city. That right rear was, of course, one of his horse’s shoes.

Protecting your property – and your customers’ 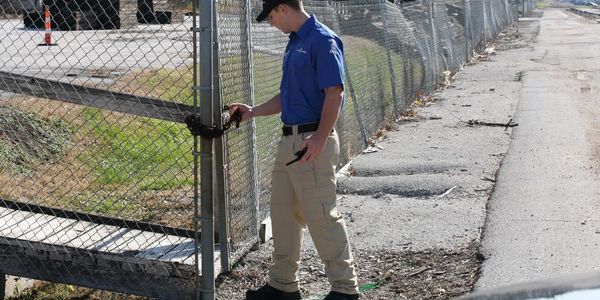 It’s midnight, your dealership is closed. A car slowly cruises by on the street behind your shop, its occupants taking in your parking lot, your showroom, looking for something to steal.

What do tires have to do with Super Bowl XLVII? 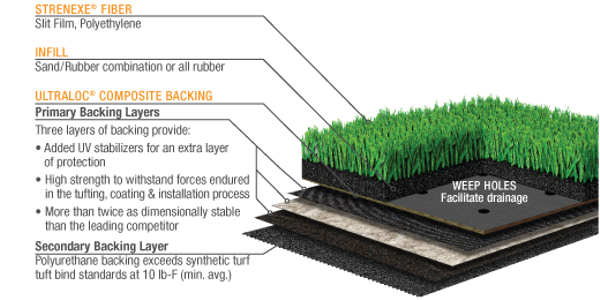 While you’re watching the “Big Game” on Sunday, you might be interested to know that the product you sell plays a major part in the safety of the athletes.

One of our National Advisory Council members wrote me and commented on the high number of tire dealerships which had changed hands last year. He was right. On our website, I found reports on more than 20 transactions! 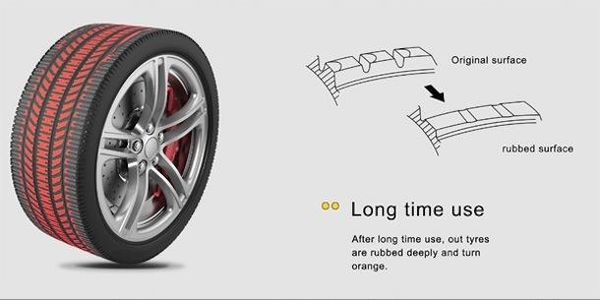 "Yanko Design," a web magazine for all sorts of new design concepts, currently is featuring an idea for tires called the Discolor Tyre.

We're not getting smarter, but tires are 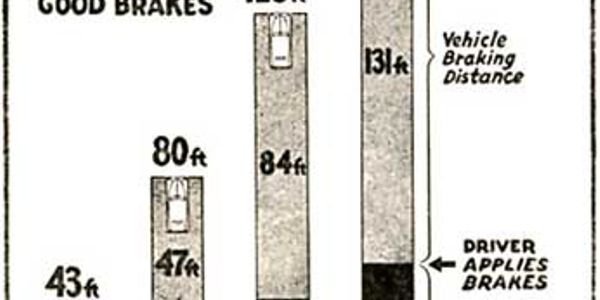 Puppy love pays off for dealership 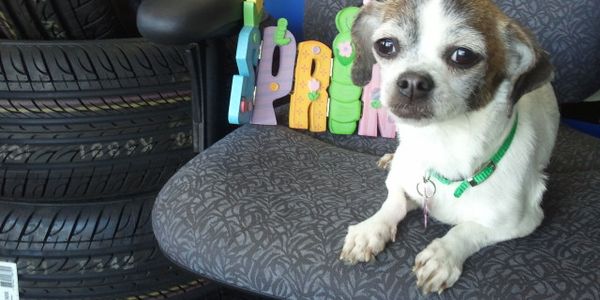 Meet Fionna, the half-Chihuahua, half-Jack Russell mix who is the greeter at Boni Tire & Auto Service Inc. in Flemington, N.J. 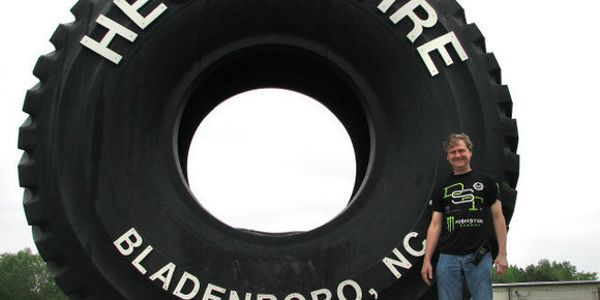 What’s a tire dealer from a small town to do to grab customers’ attention to his dealership’s products and services? Display the world’s largest tire, that’s what.

The name that’s known is Fireyear? No, make that Goodstone 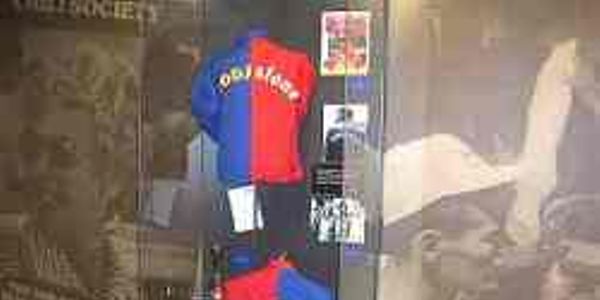 Sheri Herrmann, PLT communications coordinator for Continental Tire the Americas LLC, told me an interesting story recently while I was attending the company’s ground breaking celebration for its Sumter, S.C., tire plant.

Tire maker Continental AG is doing very well financially, and its training program is surely playing a large part in its success – now and going forward.

Create a 'Customer Bill of Rights' -- the Yankee way

Are you taking the direct route to customer satisfaction?

The comfort and joy of winter tire sales

‘A once in a lifetime experience’ 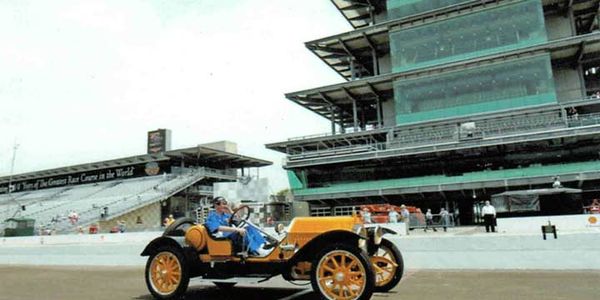 John Kelsey, owner and president of Kelsey Tire Inc. in Camdenton, Mo., recently had what he termed a once in a lifetime experience. He drove the 2.5-mile Indianapolis Motor Speedway oval.

‘What does a yellow light mean?’

If you’re like me, it has been many years since you took your written driver’s exam. If you were given a pop quiz on it today, would you pass?

Some critics are saying 'Rubber' stinks

Remember “Rubber,” the movie I told you about in my blog way back in January? It’s about a rogue tire that rolls around the desert blowing up objects using its telepathic power – including people’s heads (see “'Rubber' meets the road, and goes on a killing spree.” Well, it’s rolled into movie theaters in a limited number of major cities, and the film critics are weighing in on it.