Tim Dietz, director of quality at Standards Testing Labs, was presented with the Specialty Equipment Market Association (SEMA) Wheel & Tire Council (WTC) Lifetime Achievement Award and inducted into the WTC Hall of Fame at the council's annual reception held during the SEMA Show on Tuesday, November 5, in Las Vegas.

Dietz became a select committee member for WTC in November 2000 and has been actively volunteering in several leadership roles. He was voted chairman elect of the Wheel & Tire Council for two years leading up to his term as chair of the council from 2009-2011. He continued to advise the Wheel & Tire Council as immediate past chair for two more years during 2012 and 2013. In addition, he held the position of chair over the science and technology task force for five years.

Established to honor outstanding persons in the automotive aftermarket, the WTC Hall of Fame recognizes individuals in the wheel and tire industry whose creativity, dignity, integrity, industriousness and accomplishments on a national basis have enhanced the status of the industry, while significantly contributing to its growth, progress and professionalism.

"I volunteered my services for the council because I felt a need to make a contribution to our industry," says Dietz. "At Standards Testing Labs, we brought experience and a unique perspective of technology. Working with my fellow council members, we were able to offer insights and ideas to make the council as effective as it could be. This council is full of industry leaders, and I am proud to have worked among them."

During Dietz' tenure on the WTC, the group worked with Clemson University to align their CU-ICAR project with SEMA's educational programs. The WTC worked with the Department of Transportation on transitioning the tire pressure monitoring system (TPMS) into the aftermarket automotive industry for calibrations and usage at the time of its release to the industry. The council went on to publish the Wheel Care Guide, and the industry's Tire Installation Safety Poster. The council also worked with manufacturers dealing with legislative issues of FMVSS110 relative to the importing of wheels.

In addition to his contributions to SEMA, Dietz has served various national technical committees that have built and set standards in the tire industry for more than 20 years. He has been a member of the American Society for Testing Material's for 15 years. He has worked on the ASTM- F9 committee for the compliance standards of mechanically aging of tires. He has worked on performance standards for Road Hazard Impact testing of tires, and other testing standards that were formed. He is now working on creating a test standard for wheel slippage inside of the tire during vehicle acceleration and braking.

He volunteered his expertise to help maintain a hybrid standard between the Society of Automotive Engineers and WTC that created the SAE J2530 aftermarket wheel standard. Dietz has been a member of the Society of Automotive Engineers for 15 years and works with them to maintain and refine the tire, wheel, and valve stem testing standards the automotive industry uses for compliance and validation testing.

Dietz has also provided his input to the SFI Wheel Committee for the past 20 years. This council determines and sets the standards that are written for the circle track racing industry such as NASCAR and USAC. After high school, Dietz enlisted in the United States Marine Corps. He became an artilleryman and served with the 11th Marines.

After serving his time and becoming a civilian again, he began his career with Standards Testing Labs. While working his way through the ranks of this company, he attended night school. He holds a degree in Integrated Science and a degree in Business from Kent State University. Dietz has worked for Standards Testing Labs for 30 years. He was the youngest person to hold the position of laboratory coordinator in the company's history. He then became a test engineer involved with statutory regulations and creating special types of testing. While using existing standards, He created tests, and scientific methods for manufacturers to bring their products to the industry in a manner for safety and performance.

Dietz and his wife, Lisa, reside in Canton, Ohio where they live with their two dogs. There, they are certified marriage counselors, and foster parents. 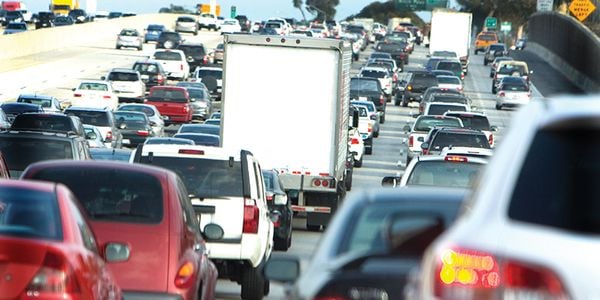