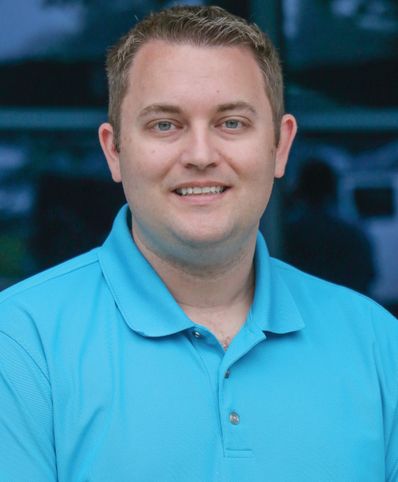 What was your first job in the industry?

My first job in the industry was working part-time at my local AutoZone store during college. I started out as a counter worker that not only sold parts but was also out in the parking lot installing batteries, light bulbs, wipers, etc., all times of the year.

What attracted you to the industry?

My father introduced me to the industry at a young age. I was fortunate enough to help him out when I was 10 years old at trade shows in our area. Dad has been in the tool and equipment industry for over 40 years and it was only natural that I would follow a similar path. He's had his success in sales, product development, and now is a managing partner at a rep agency. Seeing how he climbed the ranks definitely inspired me, but I've ultimately taken my own path to get where I am now and have always put my own spin on things.

What is the biggest challenge you have faced in your career?

The biggest challenge in my career by far was when I was a part of a downsizing/cutback at a previous job. I felt devastated and lost, to be honest. However, I didn't let it get me completely down, and I bounced back from it and launched myself into the position I am in today as a result of being able to overcome adversity.

Who has had the biggest influence on your career?

By far, my dad has been my biggest influence on my career as he is the reason I was attracted to this industry as a whole.

What is your biggest accomplishment in the industry?

My biggest accomplishment has been being behind the scenes in many new product implementations that were adopted by several national automotive service centers and original equipment programs. Being able to influence those products has brought a lot of pride and confidence in my abilities.

Tell us about your current job and responsibilities. How do you spend your workday?

I’m currently the product manager for Atlas Equipment and am responsible for all product development and marketing for the entire Atlas Equipment line of products. During my day, I am researching future new products or enhancements and studying my competition.

What did you do before you entered the tire industry?

Before I entered the tire industry, I was a retail salesperson for AT&T, as I was always interested in technology and the newest trends. To this day, I credit my five years with them as a key reason why I am so adaptable to change since technology rarely stays the same.

If a friend expressed an interest in joining the industry, what advice would you give them?

Don’t let the fear of rejection hold you back. Be willing to approach new customers and present new ideas. The worst that can happen is you’ll be told, “No.”

What do you expect to be doing 20 years from now?

Twenty years from now, I’ll still be in the industry and hopefully will have climbed up the ladder to vice president or higher within my current company. No goal is too ambitious in my opinion.

Aside from the basics like health insurance, what’s the most important perk/benefit an employer should offer?

Open doors. I value working for an employer that listens to every employee, from the top all the way to the bottom. It really boosts morale.

The introduction of non-pneumatic tires. Eventually it will happen, but at the moment we have a long way to go to get there. Many aspects of the tire industry are going to be turned upside down by this. Sales for tire changers, wheel balancers, tire repair products, and even air compressors will either fall or disappear at some point. This will challenge tool and equipment suppliers to create new products, but also will challenge stores to adapt, as flat repair services were once perceived as a service offered to win a potential new customer.

Tell us about your family.

At the moment, it is myself, my wife, and the dog in our household and we make the most of it. We’re very close and spend a lot of time together on the weekends seeing new places or trying new things. My wife and I have been married just under three years and are hopeful to expand our family in the near future.

What’s the worst cliché or generalization made about your generation?

Young people are lazy. We’ve grown up in a different generation that is less dependent on physical labor, as manufacturing for the most part is now overseas. Our generation has adapted well by focusing on work that isn’t as physical as what our parents had to endure.

Name a talent you wish you had.

Faster running speed. I’ve been a slow runner my entire life and it’s why I never had a legitimate shot at excelling in sports.

My first Indianapolis 500. I grew up in Indiana and spent 28 years of my life there. As a kid, the Indy 500 was everything and finally going in 1995 was a wonderful memory. Being surrounded by over 300,000 people and watching the sport that I loved was an incredible experience and I will never forget it.

If you could have dinner with anyone, living or dead, who would it be?

Aryton Senna. He was absolutely the greatest Formula Driver that has ever lived and was gone way too soon. He is definitely my top racing idol.

Do you live by a mantra or motto? If so, what is it?

Keep looking forward, don’t live in the past and look for new ways to improve.

Tell us something about yourself others might not know.

I ran for city council in my hometown at the age of 20.

What’s your go-to song for a road trip playlist?

Anything by the Beastie Boys

If tomorrow you could move into any other position in your company, what would you choose, and why?

Category manager. At the moment, I’m in a position that’s similar but not too different. It’s currently the most practical path.

Spending time at Disney World. My wife isn’t from the United States originally, so we have season passes. I know she really enjoys going and if she’s enjoying it then I am, too.

Abraham Lincoln, who had perhaps the most difficult presidency in our history. He watched the nation go to war and in the end was able to reunite the Union by forgiving the enemies shortly before his death. To me, that has always been an admirable act of courage.

I would donate it to a charity like the Huntington’s Disease Society of America. It’s a disease that has affected members of my family. The society is a much-underfunded group in comparison to other charities.

What advice would you give your high school self?

Don’t change a thing and keep doing what you’re doing.