With the start of its racing season delayed due to COVID-19, the Road to Indy Presented by Cooper Tires has gone virtual with a new five-race e-series, according to Cooper officials.

Cooper is the official tire supplier of Road to Indy.

“Drivers will continue to compete on Cooper tires in the virtual competition. Cooper provided racing simulation company iRacing with performance data to allow the virtual handling and tire performance of the race car to mirror what drivers would experience on the track, enhancing the realistic racing experience.”

“This virtual racing series gives fans the opportunity to continue to be engaged in the sport and drivers the ability to compete. It is exciting to see those involved in Road to Indy pull together to make this innovative solution possible,” says Chris Pantani, director of motorsports for Cooper.

“Fans will not only get to enjoy the racing they have come to expect each spring, but they will see Cooper tires in action on the virtual course.”

The five-competition series began March 28, with additional races being held each subsequent Saturday through the end of April. Streaming coverage and commentary of the virtual series mirrors traditional race weekends with pre- and post-race ceremonies and more.

Sumitomo Rubber USA LLC is planning to resume production at its tire plant in Tonawanda, N.Y., on May 11.

Continental AG expects to post consolidated sales of 9.8 billion euros for the first quarter of 2020 versus sales of 11 billion euros recorded during the same period in 2019.

Like many businesses, Bridgestone Corp. and its Bridgestone Americas Inc. subsidiary have been “under pressure” due to the economic fall-out from COVID-19, says T.J. Higgins, global chief business strategic officer, Bridgestone Corp. “But we’re starting to see glimmers of hope.”

Goodyear Plans to Reopen 'Majority' of Plants by End of May

Goodyear Tire & Rubber Co. will report its first quarter 2020 financial results on Thursday, April 30, to be followed by an investor conference call at 8:15 a.m. EDT.

Goodyear Tire & Rubber Co. has outlined "operational response" and "financial response" actions it is taking in response to first quarter declines, including a $700 million ceiling on capital expenditures this year.

Goodyear Tire & Rubber Co.’s sales during the first quarter of 2020 totaled $3 billion, down from $3.6 billion recorded one year ago, according to “preliminary results” shared by the Akron, Ohio-based tiremaker today.

Are You Receiving the Digital Edition of MTD?

Timely updates are more important than ever. Make sure you are keeping up with all the news that impacts your dealership by subscribing to the digital edition of Modern Tire Dealer.

Goodyear Will Shut Down Manufacturing in Americas Region 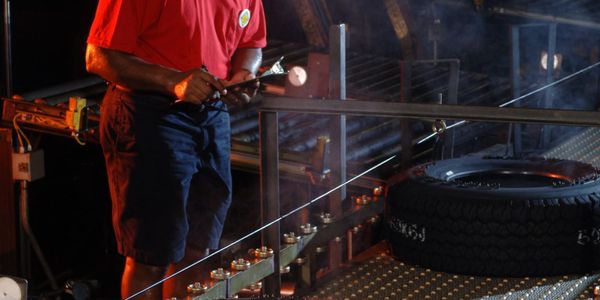 Goodyear Tire & Rubber Co. will suspend tire and chemical manufacturing in its Americas region through at least April 3 or until further notice “in response to the sudden decline in market demand resulting from the rapid spread of the COVID-19 pandemic.”