And for Sumitomo and its Falken brand, the news is even better. In June, Matt Leeper, director of consumer sales said SRNA hit “an all-time historic high for the company - a huge milestone.”

Leeper and the leaders at SRNA decided to continue the online dealer forums that they started in April as a way to communicate with their dealers during the pandemic. Those same dealers told SRNA officials that the forums were helpful, so the latest session on July 23 continued on a similar path. The company provided an overview of the current tire market, with details from Leeper on consumer tires and Bob Klimm on commercial tires. Rick Brennan, vice president of strategic planning, and Darren Thomas, senior vice president of sales and marketing, provided additional insights.

Overall, tire volumes for the entire market were still down in June - but they’re down by single digits, which is a vast improvement over prior months. And even though the overall categories of passenger, light truck and medium truck were down slightly, Brennan found a bright spot - light truck tires. And those tires so far have led to a strong start to July.

In the first half of July, the popularity of light truck tires is even more apparent.

In the first two weeks of July Brennan said passenger tires for sedans were down 5%, while LT tire volumes were up 14%.

It all adds up to signs of a “continuing recovery,” Brennan said.

As for SRNA specifically, Leeper provided a rundown of some of the recent consumer-tire highlights:

While consumer tire units from U.S. Tire Manufacturers Association are down 22% through June 2020, SRNA has been flat and “we’re out of the gate really well in July.”

Klimm reported the same kind of market-beating story for the company’s truck tires. He said the company had a “record-breaking” first quarter “and then April hit us like a brick.” Volumes fell 17.5% in April, and improved slightly in April to -12.8%. But in June the Falken TBR brand recovered to positive territory, gaining 5.5%. And for the first half of July, the company’s TBR volumes increased 21.8% - well ahead of the 3.2% gain posted by the USTMA.

For the first half of 2020, Klimm says Falken TBR is up 5.2%, while the USTMA volume is -9.8%. Klimm says the company outperformed the market in five out of the first six months of the year - April was the only exception.

“The downside to that is backorders increased a little this month, but we’re confident we can bring that level down fairly quickly as we increase production.”

And there are good signs for the near future in the truck tire market, he said. The trucking industry’s tonnage increased by almost 9% - though it’s still off 2019 markers and hasn’t recovered to pre-pandemic levels. Also, construction starts in June increased 6%.

As the International Trade Commission and Department of Commerce weigh the possibility of levying tariffs on tires imported from Thailand, Taiwan, South Korea and Vietnam, one of the “million-dollar questions” is whether tariffs on those tires would spark a price increase in the industry.

It’s a complicated question, but Thomas said the general answer is yes. “How much (of an increase) is something we’ll have to study on a category-by-category basis.”

Thomas said the company suspects “there will be some pricing pressure to go up in entry-level branded (tires) and at a minimum second tier. We already know the first tier is taking a hit because of COVID, so they’ve come down in price. There’s going to be a lot of pricing dynamics in the marketplace. Expect change, because change is going to occur.”

Some of the reasoning comes from the fact that 85 million tires are being imported into the U.S. from those four regions. The tires from Thailand, Taiwan, South Korea and Vietnam represent about a third of the replacement tire market in the U.S., Brennan said. 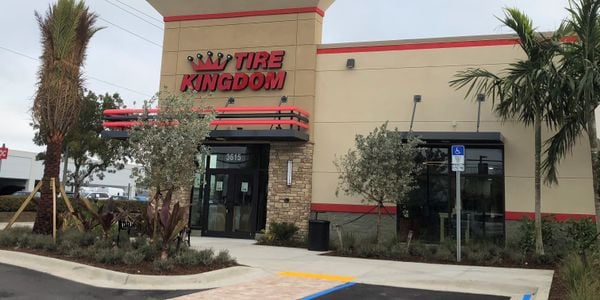