By viewing the files, you are giving us permission to contact you with more information. 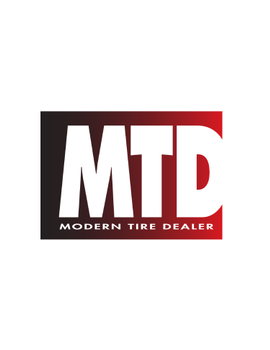 The 100 largest independent tire dealers are hanging tough. These tire deaers look to the second half of 2020 with "cautious optimism." See who is on our 2020 Modern Tire Dealer 100 list.

In this year's Modern Tire Dealer Top 50 Retreaders survey, the retreaders cited pressures on many fronts, such as low-cost import tires, pricing, employee retention and the tendency of fleet operators to overlook retreading in their tire programs. Yet many expected to find ways to overcome the challenges and grow. But the coronavirus crisis has placed industries worldwide in limbo. 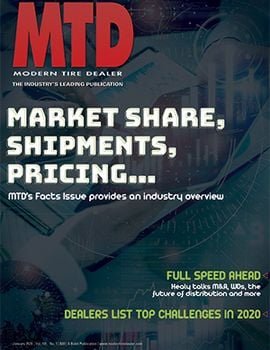 Tire sizes, tire sales figures, prices, units shipped, import facts and figures and much more. These are interesting times. This aptly sums up the state of the North American tire industry at the dealer, wholesale distribution and manufacturer levels. Here is MTD's exclusive industry snapshot. 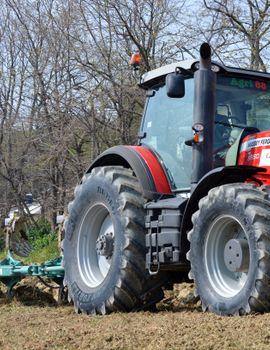 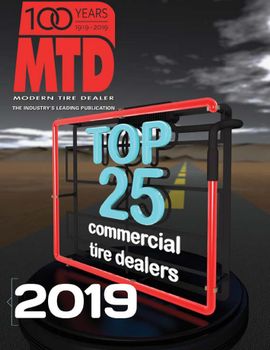 Southern Tire Mart, Best-One Tire Group and Snider Fleet Solutions lead Modern Tire Dealer's 2019 rankings of the top 25 independent commercial tire dealers in the U.S. Find out who else made the 2019 list. 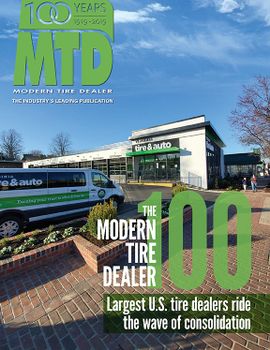 From Discount Tire with 1,033 locations to Jack’s Tire & Oil with 12 stores, Modern Tire Dealer ranks the top 100 independent tire dealers in the U.S. by number of retail, commercial and combination commercial/retail outlets. MTD's exclusive list also shows wholesale outlets and the tire brands sold by each dealer. The 2019 Modern Tire Dealer 100 concludes with a look at mass merchandisers, warehouse clubs and other channels for selling tires. 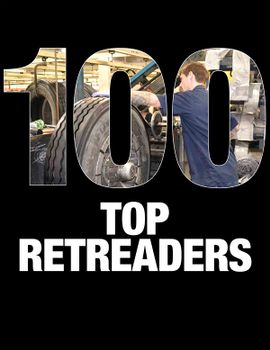 Modern Tire Dealer ranks the top 100 retreaders in the U.S. based on the average amount of tread rubber used.  Get the metrics for the nation’s top retreaders: number of shops, process, and number and type of retreads produced per day. 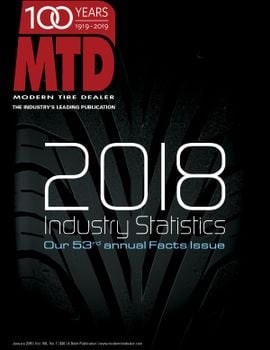 Close to 66% of the retailers responding to Modern Tire Dealer’s Exclusive State-of-the-Industry Survey estimated their tire sales would be up in 2018, the highest level of optimism since 2010. They also said sales would be up by an average of 10%. Read on for new tire sizes, passenger tire shipments, 1929-2018, tire units shipped, import numbers and more. 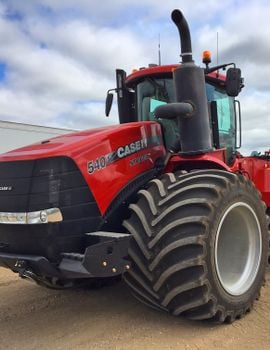 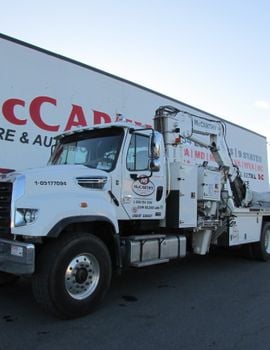 McCarthy Tire Service Inc. holds the No. 7 spot on MTD's Top 25 Commercial Tire Dealers chart. The company cites employee recruitment and retention as a significant headwind. But the Wilkes-Barre, Pa.-based company continues to grow, adding outlets in Mount Joy, Pa., Philadelphia, Pa., and Albany, N.Y. In Horseheads, N.Y., the company moved commercial truck operations to a new facility less than a mile away and renovated an existing building into a retread plant. Read on to find out who made the list. 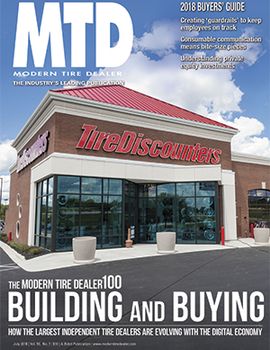 Many dealerships on the 2018 Modern Tire Dealer 100 are investing in brick-and-mortar locations to create a larger geographic footprint. The owners feel it is essential to compete against online sales, shrinking tire margins and a tight labor market. See who made the list of the top 100 independent tire dealers in the U.S. 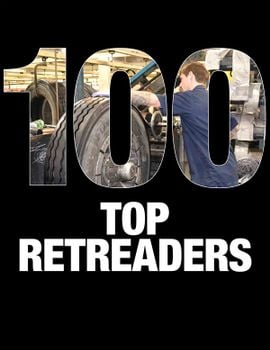 Numerous finance companies are ready to partner with retailers to offer no credit needed financing options for their customers.  Areas to consider when evaluating their programs are presented in this chart along with responses from five companies that market their services to tire dealers:  Acima LLC, FlexShopper LLC, Snap Finance LLC, Tempoe LLC and West Creek Financial Inc.

A 6.4% reduction in replacement passenger tire costs was a key reason why fleet car mainenance costs declined in 2016. 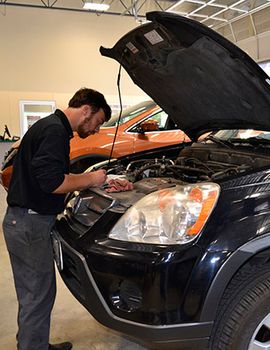 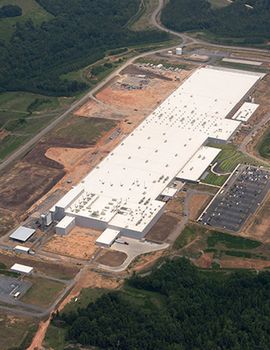 Yearly tire capacity, not production, in North America totaled 334.8 million tires at 62 plants as of Jan. 1, 2018. That’s up 4.9% compared to 2017, when capacity was 319.1 million tires. (The total does not include race or aviation tires.) In the United States, annual capacity increased by more than 12 million tires to 269.2 million units, a 4.9% increase. Mexican plant capacity was also up, from 37.2 million to 39.8 million units, or 7%. Canadian capacity was up slightly more than 1%. Two new plants helped with additional production in the U.S. Giti Tire (USA) Ltd.’s consumer tire plant in Richburg, S.C., began producing tires last year. Giti is investing $560 million in the Giti Manufacturing (USA) Ltd. facility, which will produce not only the Dextero brand (specifically the DHT2 and Touring DTR1) for Wal-Mart Stores Inc., but also the Giti brand — not to be confused with the GT Radial brand — for the North American market. The Giti brand, the global flagship brand for the Giti Tire Group, will be introduced in the U.S. later this year. The GT Radial brand, which has been sold through U.S. independent dealers for many years, also will be produced at the plant. The Giti brand will be sold through multiple channels, including independent dealers. At full capacity, the plant will be able to produce 5 million tires a year. The other plant, Goodyear Tire & Rubber Co.’s manufacturing facility in San Luis Potosi, Mexico, builds 2,000 tires a day. At full capacity, it will produce more than 16,000 tires a day, or 6 million annually, for North America and Latin America. Also in 2017, three overseas tire manufacturers announced plans to build tire plants in the U.S. over the next few years. Last June, Wanli Tire Corp. Ltd. said it will invest $400 million in a consumer tire plant in Orangeburg County, S.C. When completed, the facility will be able to produce 6 million tires annually. In September, Hille Korhonen, the CEO and president of Nokian Tyres plc, said the company plans to begin producing consumer tires at its Dayton, Tenn., manufacturing facility by 2020. By 2022, the $360 million plant will have a yearly production capacity of 4 million tires.  And in December, Triangle Tyre Co. Ltd. announced it would build a consumer and commercial tire plant in Edgecombe County, N.C., at a cost of $580 million. Read the January Facts Issue here. 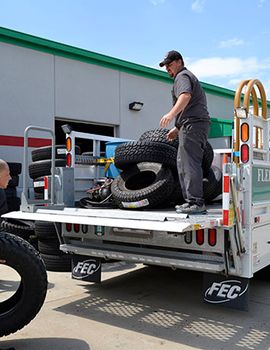 For all of you commercial truck tire dealers and manufacturers, remember the first quarter of 2017? No? I’m guessing that is the result of selective memory. It was pretty slow, and that is an understatement. Market demand eventually picked up, resulting in a record high of 19.2 million replacement truck tires shipped in the U.S. That’s Modern Tire Dealer’s number. The U.S. Tire Manufacturers Association (USTMA) predicts domestic replacement truck tire shipments will finish 2017 at 19.4 million units, a 4.3% increase over its then-record 18.6 million units shipped in 2016. The turnaround in 2017 may have started last February when the International Trade Commission voted against imposing tariffs on truck and bus tires manufactured in China and imported into the U.S. The result was an instant increase in low-cost imports from China, which, despite the high demand, directly led to a 1.4% decrease in retreaded truck tires. Together, however, new and retreaded truck tires topped the 33 million mark domestically. Overseas players are taking notice. The Dec. 19, 2017, announcement by Triangle Tyre Co. Ltd. to build a new consumer tire plant in Edgecombe County, N.C., will lead to two plants built in two phases. The first will produce consumer tires. The second, to be completed by 2023, will be a truck tire plant, to be built next to the first facility. The company’s plan for phase two is not surprising. In March of last year, Triangle Tire USA hired Rick Phillips away from Yokohama Tire Corp. to be its vice president of sales. Phillips was instrumental in the building of Yokohama’s new commercial truck tire plant in West Point, Miss. When Hankook Tire America Corp. held the grand opening of its consumer tire plant in Clarksville, Tenn., in October, future medium truck tire production was mentioned to me as a possibility by more than one Hankook employee (although Hankook Tire Co. Ltd. CEO Seung Hwa Suh said the company is not looking beyond the first two phases, which center on consumer tire production). USTMA also estimates domestic original equipment truck tire shipments will be up 8% this year. — Bob Ulrich Read the January Facts Issue here. 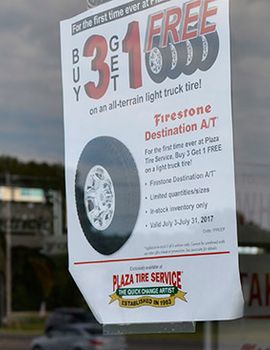 Tire manufacturers continue to see high-value-added (HVA) tires as the way to increased profitability. They are generally defined as 17-inch and larger tires (Michelin North America Inc. says 18-inch and larger), which takes them out of broad-line sizing. But they are more than just a tire size. They are, as Pirelli Tire North America Inc. executives have said for years, premium and prestige tires because they fit on higher-end vehicles. They may cost more, but their return on investment is greater, a win-win for manufacturers and the dealers who sell their brands. When Goodyear Tire & Rubber Co. introduced its Assurance WeatherReady last year, it described it as a premium all-season HVA tire. Chairman, CEO and President Rich Kramer said the trend has been driven by OEM demands. The chart on page 40, “Available sizes by rim diameter,” shows how popular larger sizes have become. According to the Tire & Rim Association, there are 65 18-inch sizes, more than any other rim diameter. A year ago, tire industry analyst Nick Mitchell estimated the U.S. market would require “approximately four new tire plants” to meet the need for an additional 19.1 million HVA tires. That is happening. Read the January Facts Issue here. 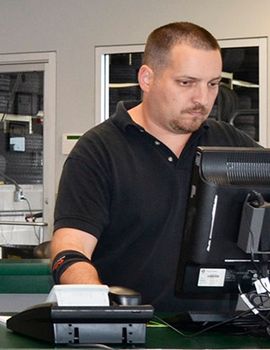 Selling tires online is a growing trend, with more online-only players making names for themselves each year. The relative newcomers compete against not only brick-and-mortar retailers, but also each other, and cannibalize sales from leading online tire companies like the Tire Rack Inc. and Discount Tire Direct. Their growth, at least compared to buying consumer goods online like books, apparel and electronics, is limited because tires need to be installed, something that requires a trip to an established retail location. That changes the whole dynamic of wanting to purchase online. However, that doesn’t mean the growth isn’t significant. In 2016, 6% of the replacement consumer tires in the U.S. were sold online. That number rose to 7%, or 16.7 million tires, in 2017. In order to understand what motivates people who buy tires online, Modern Tire Dealer surveyed two specific groups of consumers. The first group was made up of people who had bought tires online; the second group — a much smaller sample size — was made up of people who had bought tires at physical retail locations. With 79% of the respondents to MTD’s Online Sales Research Study of Consumers having purchased tires online in the last 18 months, we had the statistical validity to determine what drives their attitudes, behavior and expectations regarding online tire sales. — Bob Ulrich Read our January Facts Issue here. 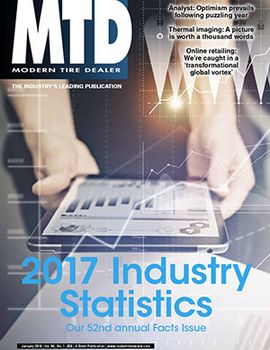 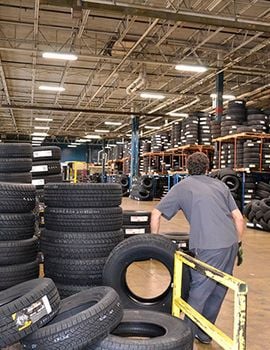 What spurred Michelin North America Inc. to buy 50% of TBC Corp. from Sumitomo Corporation of Americas (SCOA)? Michelin Chairman and President Scott Clark says the resulting joint venture “is about increasing our service capabilities and increasing our scale so that we can be a better supplier to both independent dealers and to provide secondary supply to our direct customers.” By combining Michelin’s more than 85 Tire Centers LLC (TCi) distribution centers with TBC’s 59 Carroll Tire distribution centers, Michelin and SCOA created the second largest tire wholesaler in the U.S. in terms of market share behind American Tire Distributors Inc. (ATD). The new entity will be called National Tire Wholesale, or NTW. Erik Olsen, CEO and president of TBC Corp., says in addition to raising the company’s level of service to its new and existing customers, the new NTW “enables us to be a full-service provider to fleets across the United States” with the help of TBC’s portfolio of retail stores, franchisees and tire brands. How much the joint venture will change the landscape of wholesale tire distribution is unclear. TCi was already a TBC Brands customer, and Carroll Tire sold Michelin’s three main consumer tire lines. ATD also sells Michelin, BFGoodrich and Uniroyal tires. Read our January Facts Issue here. 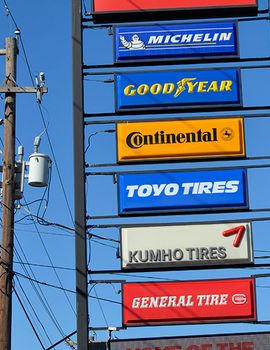 Analyst Nick Mitchell follows more than just  results from publicly traded tire and automotive companies for Northcoast Research Holdings LLC. He also tracks tire pricing and demand by tier. When asked how the tire tiers fared against each other last year, Mitchell said Tier 2 and Tier 3 brands outperformed Tier 1 brands through the first 10 months of the year based on unit growth. We agree, and the market share changes in the charts compared to 2016 reflect that.